The loud voice echoed across the almost empty room. June Trenton was seated next to the open window, taking in all the fresh air that she could; she needed the fresh air now more than ever. The cold air brushed through her silky blonde ponytail and made the waiting room seem even colder than it was. She was about to make one of the hardest decisions in her life and decided to distract herself by reading one of the magazines left in a pile in the corner, ‘Sunny Side LA’. ‘How ironic’ she thought as she imagined her surroundings. June looked up, not quite sure what she was to do next and just sat there staring at the reception. ‘That’s a really pretty font for a place like this, and look at that paint job…I mean don’t they have maintenance or something. If only…’

“June Trenton!” The voice was more intense than before that June immediately made eye contact with the nurse standing in the middle of the room. The six-foot nurse towered over the whole room and had her blonde hair, which was slowly creeping away from her hairline, up in a bun. Her pale flaky skin didn’t do anything to soften her permanent scowl that was lightly covered with some red lipstick.

“Damn it woman… are you waiting for some music or something? I don’t have all day!”

June stood up and hung her head low as all eyes were now on her. The nurse had already started walking down the hall way and she practically had to make a run for it to catch up. June trotted down a long murky hallway counting on the flickering lights to help her keep up with the fast-paced nurse. There wasn’t a single window in sight and her mild claustrophobia was starting to kick in.

‘Hang in there, just a few more steps…Oh God, why do I keep coming here? Why do I keep giving him second chances? Why is she looking at me like that?’ One of the patients standing in the hallway didn’t take her eyes off June as she walked by. She winked at June and licked her lips dripping a thick clot of saliva on the floor.

‘I should have just done this over the phone…is it too late to make a run for it?

“We’re here,” the nurse said standing behind a big, black steel door. “Here’s your visitor’s pass, just swipe it on that machine and do the same thing when you’re done. If anything goes wrong and you need any help just…”

“Whatever you say ma’am,” and without another word she headed back to the main office. June could have sworn she saw a slight smile on her face; ‘What’s that supposed to mean, have they changed the drill? Does she know something I don’t?’.

June took one last look at the nurse as she sped down the hallway as if trying to master directions just in case it all went awry. The steel doors creaked open after June swiped her card and a concentrated smell of bleach and air freshener followed after. She slowly tiptoed in the room, surveyed her surroundings and immediately saw him. His silky blonde hair was unmistakable, and his extremely white sweater helped brighten the already bright room. There were flowers by the window sill and subtle paintings strategically placed where no one could reach. He was deep in conversation but June couldn’t figure out with whom because he was seated facing one of the large windows with ‘Sunny Side LA’ by his side. ‘Just like me,’ June thought. She then hesitantly walked towards the edge of the room and lightly tapped Bryan’s shoulder.

“Ok, how about that time we drove all the way back to Mexico because you forgot your nail polish on the hotel dresser…do you remember that?” Bryan asked in between laughs.

“Oh yeah…you still bring it up every time we get into an argument, how can I forget?” Leah replied.

“It’s just that I like to re-live that moment when I’m mad, it calms me down and,” Bryan reached for her hand, “makes me realize how much I love you,” he then cupped her hand up to his lips and kissed it.

“Good Lord, don’t look now but your sister is here.”

“Are you sure? Should I turn around and say hi?”

June’s smile immediately disappeared; she didn’t even take a glance in Leah’s direction. “Of course, how could I forget her…hey Leah,” June replied while still looking at Bryan.

“You still haven’t warmed up to her have you,” Bryan said looking disappointed, “don’t you wanna give her a hug Leah; I mean it’s been long…two years almost”

“No, I’m good…nice to see you again June,” Leah said looking at her while gently tapping her on the shoulder. June was seemingly unbothered, fiddling around with her visitor’s pass. She looked uncomfortable as she reached for the plastic water bottle on the table.

“I made sure we were taken to a wider room this time, I didn’t want an episode like the last time you were in my room,” Bryan said reaching for her hand. June just smiled while nodding her head.

“You should tell her about that day we went down to the orchard and got food poisoning,” Leah said breaking the tension.

“Oh yeah…we were given a day out and Leah and I “illegally”strolled down to the orchard and sat there for hours…cloud watching and stuff. So naturally, we got hungry and there were these beautiful grapes hanging by the fence. Turns out they were wild berries and the food poisoning that ensued…you don’t even wanna know, it was my personal hell,” Bryan said in between laughs.

“Is that how you remember it? The food poisoning,” June asked smiling before taking another sip of water.

“Well yeah because that’s how it happened. Don’t you remember? Leah was on the hospital bed beside me and we were in there for like a week. Mom was there, and dad too. Do you think I’m making this up or something? Leah, tell her I’m not making this up.”

“I can’t do this anymore,” June said looking directly at Bryan.

“What do you mean June, it was a simple mistake…could have happened to anyone,” Bryan replied looking concerned. June continued to stare at Bryan and he then noticed she was beginning to tear up. “June it’s Ok, I’m better now…I’ve learned my lesson,” Bryan added.

“Walter Johnson was the person beside you in the hospital room. How do I know this? Because I talked to him every day, when you were out, and no I do not mean out of the bed I mean out of consciousness. Mom and Dad have been dead for over 10 years,” June said slightly raising her voice to a point that frightened Bryan.

“June, what are you talking about… and why are you yelling?”

“You didn’t take a stroll down to any orchard Bryan; you tried to escape this God-forsaken hell hole. You hid there for like three hours and decided to munch on some extremely poisonous wild berries…you almost died Bry…you almost died,” June said, this time with tears rolling down her face.

“June, I’m not making this stuff up. Leah was there, just ask her…”

June realized all the attention was on her and sat silent for a whole minute. “Leah has been dead for two years…TWO YEARS! So, you got that part right. I haven’t seen her for two freaking years.”

Bryan looked flushed as he brushed his fingers through his hair, “You’re making this up June, and she’s right beside you, how can you say that?”

“Leah was my best friend Bryan; I would never lie about something like this.”

“Oh really, how did she ‘die’ then?” Bryan asked leaning forward with a sarcastic look on his face.

“How should I know Bryan? … you’re the one who killed her, you tell me.”

“SHUT UP JUNE! Jesus…I will not let you disrespect me or my girlfriend any longer. Let’s go Leah,” Brian said looking directly at Leah. As he was standing up June immediately grabbed his hand and forced him back to his seat.

“I had second thoughts about coming today, they…they wanted me to sign you over to solitary confinement Bryan, you’re becoming a danger to others. For God sake Bryan, you think Walter Johnson was in the hospital for a check-up? You beat the crap out of him for not bringing you the food you ordered.”

“Right…I remember that, I asked for fries and a burger…he had it coming when he showed up with mashed potatoes,” Brian replied.

“Where do you think you are Bryan? you’re in a freaking mental institution. You’ve been here for two and a half years,” June said while looking over Bryan’s shoulder to the male nurse who had just entered the room. “I came here hoping to see some improvement but instead you introduce me to an empty chair and talk to it almost half the time I’m here. And that sarcastic face you made when asking how Leah died just made things a lot easier,” June said while standing up. She nodded towards the male nurse who reached for the syringe he had placed in his pocket.

“June, don’t do this, I remember now…I can get better.”

“No, you don’t. I already signed the papers before I came in here because I knew this was a possibility. I just had to see you one last time. I pushed the emergency button on my visitor’s pass after you introduced me to an empty chair. I love you Bryan but I can’t deal with this emotionally, again.” With that, June made her way towards the door but suddenly felt a strong tug against her neck. She could have sworn she felt something crack; she tried gasping for air but it was impossible to get a breath in through the pain coursing through her body. Before she could sneak a glance towards Bryan, she was flung against the concrete wall landing on her back. The sudden impact knocked the wind out of her completely and she was left gasping for air. Slowly, she looked up and there he was, towering over her and breathing heavily.

“You little bitch! How dare you…disrespect me in front of my girlfriend…?”. He grabbed one of the chairs and tried swinging it towards June’s face but the male nurse had already sprang into action and Bryan was now on the floor with a syringe stuck to his collar bone. He didn’t take his eyes off June for one moment and when June uncovered her face from her palms, she could see that he didn’t understand what was going on through her teary eyes. He looked calm but his eyes were soaked with depression, desperation and a magnitude of fear.

She curled up on the floor and continued crying as she watched Bryan being carried away after being strapped in a straitjacket. “I shouldn’t have come, I shouldn’t have cared,” she thought to herself, but yet she still did. He was a lost cause and it angered her that she still had hope, she was all alone now. Bryan was the only family she had left and she hated him for being selfish. She turned and laid on her back as she stared at the ceiling for the next half hour, crying silently.

Just-A-Note is a Design and Print Agency with an author’s inspiration, producing first-rate editing, design & other publishing solutions in Kenya and beyond. We invest in researching on issues that concern Kenyan authors and explore realistic options that would act as lasting solutions to challenges authors encounter in their writing experiences. 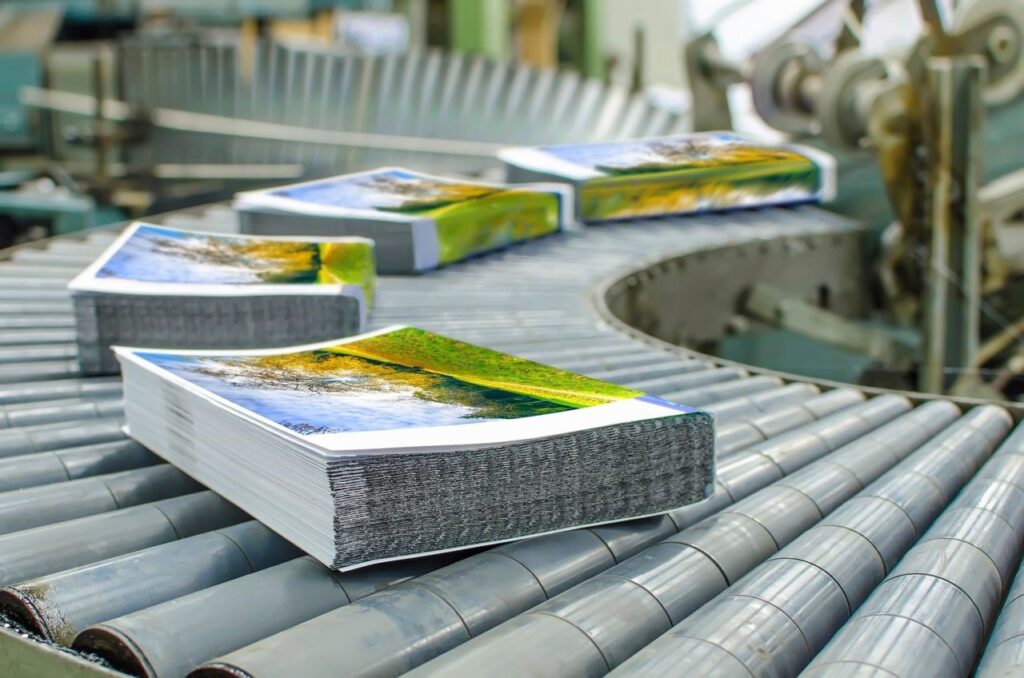 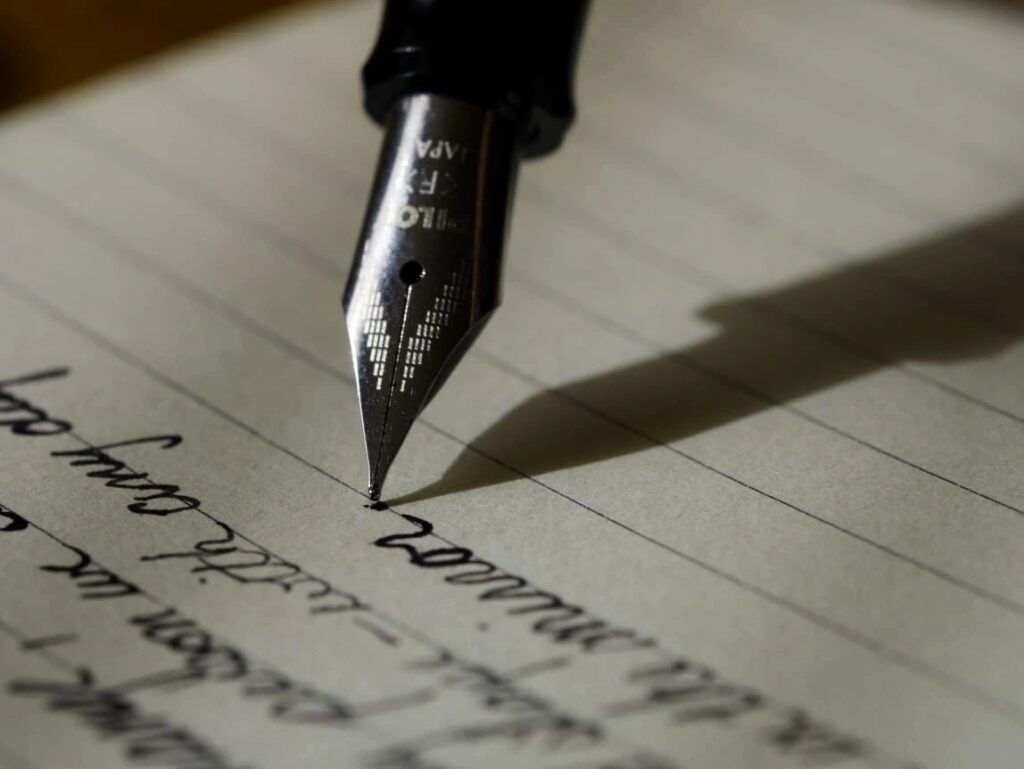